19 reviews
Sold out
This warm blend pairs turmeric, black pepper, and vanilla flavors for a smooth, mellow flavor and a subtle spicy note at the end. It's a real pot of gold.

Getting purchase options...just a moment. WHAT MAKES IT DIFFERENT Love the taste and feeling it leaves me feeling all day. I don’t have the issues related to drinking coffee in my body! I can drink it whenever I like, hot or cold, and so many flavors to choose. Love it ❤️❤️❤️

This one struck gold!

Real deal; balanced flavors and just the right amount of pick-me-up to go with the health benefits of turmeric. Will buy again. 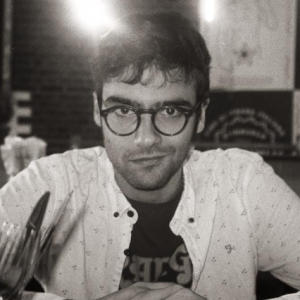 This stuff is game changing!

As a lifelong coffee drinker who quit cold turkey 6 months ago due to sleep issues, I seriously can't recommend this stuff enough. I used to be unable to drink a cup of coffee after 12pm and still get a good night's sleep. I don't know what magic Golden Ration put in their coffee, but sleep has not been an issue at all since picking it up, even when having a cup later in the afternoon. I get all of the benefits of coffee, without the jitters, lack of sleep and clean-up! Also, the flavors are amazing! I love the vanilla/cardamom vibe with this one - can't wait to try em all! Buy Golden Ratio. You won't regret it! 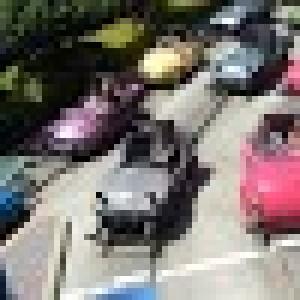 Lovely, and it works!

This Golden Milk Coffee is very nice. It tastes just as golden milk should, with no weird aftertaste, mustyness, or anything else unpleasant that I have found in other golden milk (and other superfood) products. The sweetness is very mild, I could actually add a little more, though I am trying to kick that habit. I anticipate this to be the right amount of sweetness once I go full no added sugars. I haven't tried the other Golden Ratio products yet, so I am not sure how the coffee itself should taste. This product does have a slight coffee-reminicscent bitterness, and adding a touch of something creamy, like a milk substitute, is a nice complement to the flavor. The convenience of tea-like brewing experience is a big selling point with me. I tend to neglect to make my own coffee since it requires extra steps to go from an empty mug to a full one Hopefully I find the price point to be tolerable when I get to the bottom of the bag. The biggest selling points for me are the low acidity, and the turmeric, not to mention flavor. I find my regular coffee makes me tense, and I already have problems with neck/back pain, muscle aches, and general body aches. I have a desk job and my wrists, arms, shoulders, and neck never find true relief without some extensive effort and generally some money. Having this wonderfully effective anti-inflammatory beverage to replace the usual tension-inducing cup of coffee is a game changer. And it does not make me sleepy, like regular golden milk does. The caffeine content is just right to counteract that effect. This is a well-earned 5 stars from me. Thank you, Golden Ratio!

Have questions? We have answers

+What is Golden Ratio?
Golden Ratio is a low acid, lighter tasting alternative to traditional black coffee. Our "gold roasted" coffee beans are roasted at lower temperatures to create a smooth tea-like coffee, gold in color, with no loss of caffeine!
+How does your 30-day money-back guarantee work?
If you are dissatisfied with your order in any way, you can get a full refund no questions asked. Just email us at support@drinkgoldenratio.com and we'll take care of you.
+Is it organic?
Our our premium shade grown coffee does not have a certification. Getting organic certified often comes at too high of a cost for independent farmers.
+How much caffeine is gold coffee?
Golden Ratio coffee has about 100 mg of caffeine per 8 oz serving.
+What does gold coffee taste like?
Gold coffee has been described as both “tea for coffee people” and “coffee for tea people.” It’s lighter than black coffee with no bitterness, and tastes like a wonderfully rich tea with a hint of coffee.
+You say gold coffee is 5x less acidic. What is that in comparison to?
Golden Ratio tests at a pH of 6 (similar to earl grey tea), whereas most other coffees test closer to 5 (more acidic). pH is measured on a logarithmic scale, which means one point higher is actually 10x greater, but we say 5x because occasionally the difference in pH between gold coffee and regular coffee is less than a point.

When you drink Golden Ratio, you immediately taste the difference in acidity with regular coffee. Gold coffee goes down incredibly smooth with no astringent feeling in your mouth and throat.
+Do you have decaf?
At this time we don’t offer a decaf option, but we may add one in the future.
+Where are your coffee beans sourced from?
Golden Ratio gets its coffee beans from our roasters, who source from independent farms in Nicaragua, Brazil, and Ethiopia.
+How do I know that the coffee I'm buying from Golden Ratio is fresh?
Golden Ratio nitro-flushes and heat seals each bag to ensure freshness for up to 12 months.